Award-winning fiddler and vocalist Joanna Hyde, a Colorado native, is steeped in musical styles on both sides of the Atlantic. A recipient of the Jack Kent Cooke Foundation’s Graduate Arts Award, Joanna has an MA in Irish Traditional Music Performance from the prestigious Irish World Academy in Limerick, and tours throughout North America and Europe with various projects.

An All-Ireland champion pianist, Tadhg has toured the world with his multi-award-winning band GOITSE. His musicianship, recognised by legendary musician Dónal Lunny in his ‘Lorg Lunny’ television series, has led him to collaborate with acts ranging from Seán Ó Sé to The Stunning. In recent years, he has recorded on many albums and worked with singers and musicians alike

A multi-instrumentalist from County Galway, Dave Curley has worked with multiple Grammy-winning acts, as well as being a member of the Irish super group, SLIDE. David has toured with Moya Brennan of Clannad and Ross Holmes of Mumford and Sons. Not only an outstanding musician, singer, and song-writer, Dave is also known as a champion Irish step dancer. 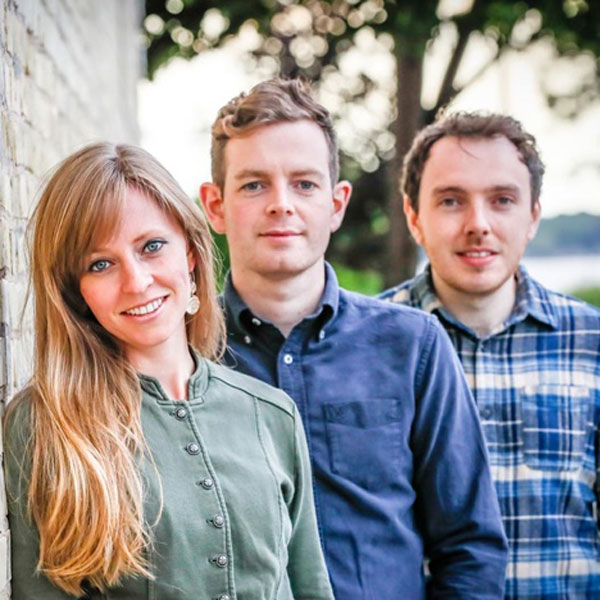 Dave Curley, Tadhg Ó Meachair & Joanna Hyde form an exciting and dynamic transatlantic trio that presents a rousing blend of Irish and American folk music, having already won over audiences on both sides of the ocean. The group is made up of Dublin's Tadhg Ó Meachair (Goitse), Galway's Dave Curley (SLIDE) and Denver, Colorado's Joanna Hyde (The Hydes), and features a mix of Irish and American folk music and song – both traditional and newly- composed – presented in an energetic and engaging manner. Their performances strike a tasteful balance between the stories found in ballads across both sides of the Atlantic and the respective instrumental music traditions of these places. Award-winning instrumentalists each in their own right, Dave, Tadhg & Joanna take a unique twist on the diverse strengths of their individual backgrounds, weaving between traditional melodies, their own compositions, and songs from the broader folk canon. The results are highly personalised and thrilling in their daring and forthright grasp of the material. Through a shared deep-rooted passion for Irish traditional music, this trio highlights the vital role of Irish traditional music as an origin of many American folk musics, and explores how those styles can interact with one another in a manner both eclectic and grounded. 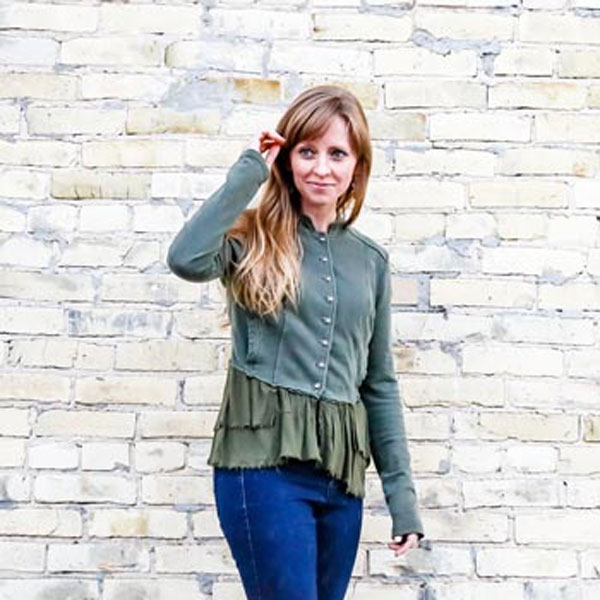 A Colorado native, Joanna Hyde grew up in a musical family, and has travelled throughout North America and Europe to perform and teach at various workshops, concert venues and festivals. Beginning with classical music, Joanna quickly expanded her playing to other styles including Irish, Texas swing, bluegrass, and Americana/folk. She won numerous fiddle contests throughout her youth, including placing in the top 5 of her age division at the National Oldtime Fiddlers’ Contest. She spent many summers attending music festivals and camps, where she learned from renowned Irish fiddlers James Kelly, Liz Carroll, Tommy Peoples, Martin Hayes, and Antóin Mac Gabhann, among others. For her undergraduate studies, Joanna was awarded the Boettcher Scholarship, a full-tuition scholarship to study at any 4-year institution in the state of Colorado. In 2009 she graduated magna cum laude from Colorado College with a BA in Music, and was recognized with the Music Department’s top performance and academic awards.

In 2011, Joanna was selected as one of 10 scholars from across the United States by a panel of distinguished arts professors and professionals to receive the Jack Kent Cook Foundation's Graduate Arts Award. With this generous grant, she moved to Ireland to pursue an MA in Irish Traditional Music Performance at the University of Limerick’s Irish World Academy of Music and Dance, graduating in 2014. She also taught for BA and MA music programs during her time in UL (and continues to when possible). Currently, Joanna teaches music, and performs with a variety of projects including The Hydes, named New Group of the Year 2017 by the LiveIreland Awards, and the transatlantic trio, One for the Foxes, which was awarded 2021 “Album of the Year” by the ACLSR (American Celtic Listener-Supported Radio) Music Awards.

Joanna also composes, arranges, and performs in a duo with her husband, Tadhg Ó Meachair, with whom she is currently collaborating on an arts audio documentary for Cork County Council. 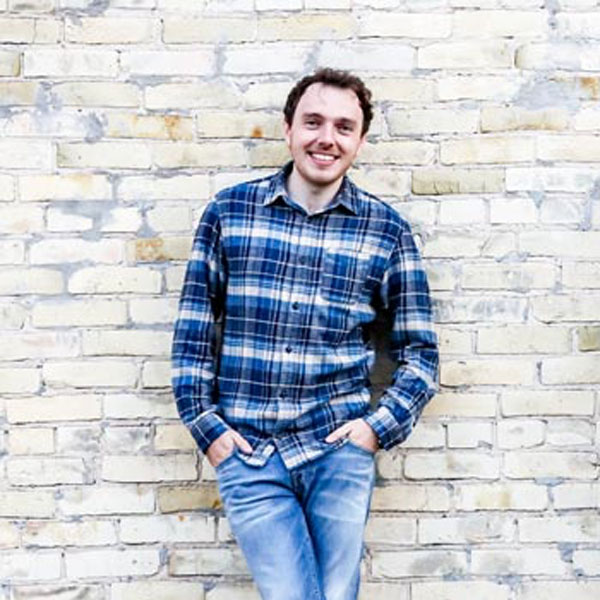 A recent graduate of the Irish World Academy at the University of Limerick, Tadhg has established himself as a force in the world of traditional Irish music. An All-Ireland piano title win is among the various awards for piano, piano accordion, and accompaniment that have cemented this fact in the minds of the traditional music community. As well as being a founding member of the multi-award-winning band Goitse, touring extensively across four continents, he has performed on a variety of stages around the world to huge crowds and esteemed audiences; from Ireland’s National Concert Hall to Music Crossroads in Zambia and from the Festival Interceltique de Lorient to a garden party hosted by Uachtarán an hÉireann, the President of Ireland.

Tadhg has not only made a name for himself in terms of his performing career. In recent years, he has recorded on many albums and worked with singers and musicians alike, including collaborations with legendary singers Aoife Clancy and Seán Ó Sé. He was also chosen by none other than Dónal Lunny to be the pianist in his ‘Lorg Lunny’ project which was recorded for an eight-episode TV series and culminated in the formation of the band Ciorras. Tadhg has also taught extensively at festivals across Europe and can teach a variety of classes from piano and piano accordion, to accompaniment classes for a range of accompaniment instruments. Having grown up in an Irish-speaking home, and having studied the Irish language to University level, he has even been known to teach a few Irish or ‘Gaelic’ classes. 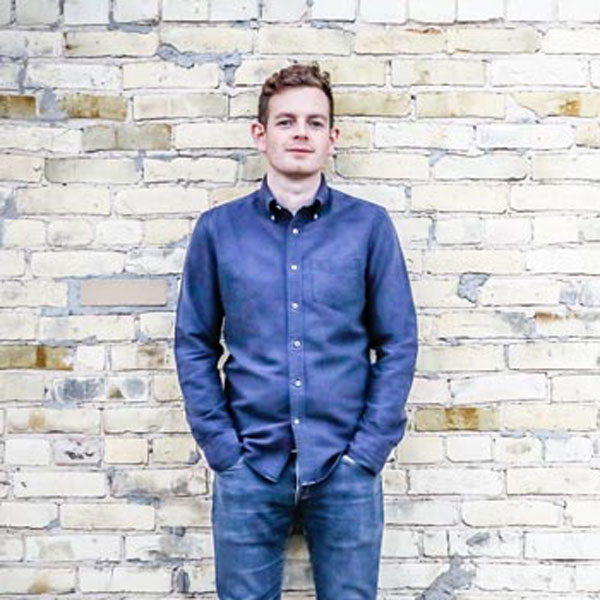 Dave Curley is one of Ireland's leading multi-instrumentalists, vocalists and a champion step dancer. Hailing from Co. Galway on the west coast of Ireland, Curley has brought his wealth of talents to the largest of stages in North America and Western Europe. He has performed at the prestigious Ryman auditorium in Nashville, Tennessee, recorded with Grammy award winners Ron Block, Jeff Taylor and Buddy Greene, and toured with Grammy award winners Moya Brennan of Clannad and Ross Holmes of Mumford and Sons. For 10 years, Curley has worked with the award winning traditional super group, SLIDE and also spent 5 successful years with award winning American Roots band RUNA. More recently, Curley has become an integral member to the new Crannua Collective featuring Moya Brennan, John Doyle, Ashley Davis, Mick McCauley, Eamonn and Cormac DeBarra, Colin Farrell, Cathy Jordan and Gawain Matthews.