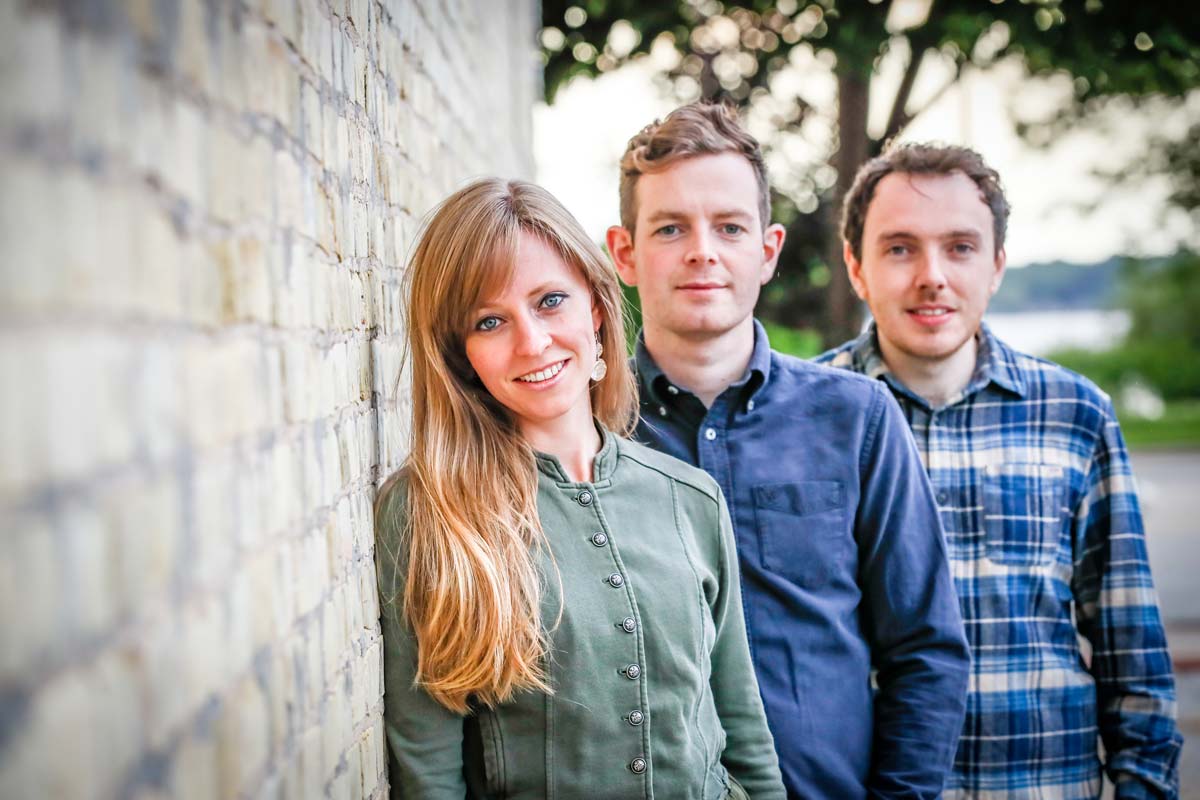 This exciting and dynamic transatlantic trio is made up of standouts from three acclaimed bands and the result is stellar. The group is made up of Dublin’s Tadhg Ó Meachair (Goitse), Galway’s Dave Curley (SLIDE) and Denver, Colorado’s Joanna Hyde (The Hydes), and features a mix of Irish and American folk music and song – both traditional and newly-composed – presented in an energetic and engaging manner.

Their performances strike a tasteful balance between the stories found in ballads across both sides of the Atlantic and the respective instrumental music traditions of these places. Award-winning instrumentalists each in their own right, Dave, Tadhg & Joanna take a unique twist on the diverse strengths of their individual backgrounds, weaving between traditional melodies, their own compositions, and songs from the broader folk canon. The results are highly personalized and thrilling in their daring and forthright grasp of the material. Through a shared deep-rooted passion for Irish traditional music, this trio highlights the vital role of Irish traditional music as an origin of many American folk musics and explores how those styles can interact with one another in a manner both eclectic and grounded.