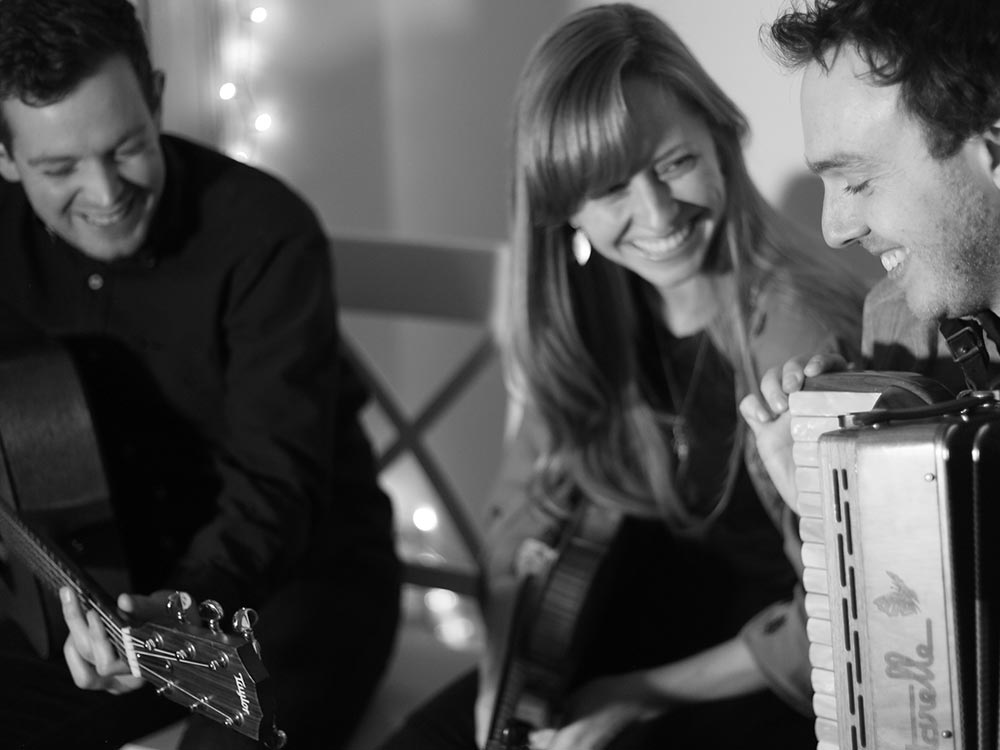 One for the Foxes, an exciting and dynamic transatlantic collaboration, has won over audiences on both sides of the ocean with their rousing blend of traditional Irish and American folk music. This trio, which consists of Dublin’s Tadhg Ó Meachair (Goitse), Galway’s Dave Curley (SLIDE) and Denver, Colorado’s, Joanna Hyde (The Hydes), is known for its energetic and engaging performances of both traditional and newly-composed material. Their musical story-telling, drawn from and built upon the enduring ballads and enlivened instrumental tunes that have evolved on these distant shores, strikes a welcome balance, both exciting and comforting. Award-winning musicians each in their own right, Dave, Tadhg, and Joanna have forged a unique amalgam with their diverse strengths and personal histories, weaving together traditional melodies, original compositions, and songs from the broader folk canon. In so doing, they reveal their forthright grasp of and abiding passion for – Irish traditional music. The repertoire of One for the Foxes, furthermore, clearly highlights the vital role of the Irish tradition in shaping American folk music, demonstrating how these styles interact in ways both eclectic and grounded. The intimate house-concert format for this performance is the perfect setting in which to be charmed and transported by this endearing trio.